We are standing on the doorstep of the next great evolution 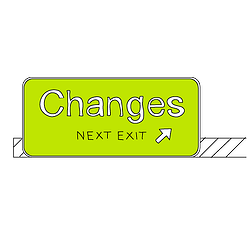 There are many important turning points in the history of human invention. The invention of the wheel, Gutenberg’s printing press, the telegraph, the light bulb, television, the computer, the mobile phone and the internet included. Now the next wave of innovation is upon us and it has the potential for creative destruction as never before imagined.

Remember the Industrial Revolution? I bet you read about it in history class at school and vaguely remember something about the steam engine and the subsequent building of canals, railroads and other infrastructure that had a profound effect on our lifestyle and our economy. If you do, you’re correct. In fact, the Industrial Revolution lead to unprecedented sustained growth, raising the living standards of ordinary people to levels never seen before in history and we have been enjoying the fruits of it ever since.

What the industrial revolution did was to free us of our own physical limitations as human beings. When machines took over tasks previously performed with human and animal muscle power, they were performed both faster and more accurately. In fact, we learnt that to be even more efficient we could use machines to produce other machines, and so we entered the era of mass production and economies of scale. It has been a great ride so far but now there are signs that we’re about to enter into the next great era of economic and social evolution. Why?

First of all, to make things clear: the droids are taking our jobs. In this interesting talk at TED in June, Andrew McAfee claims that robots and algorithms are no longer replacing humans only where muscle power used to be important, like in traditional manufacturing, now they’re increasingly also going after areas where brain power has a value. Take McAfee’s examples of articles written by algorithms or automatic translation services using technology to understand the underlying meaning of a text while translating. These are just two examples of things that used to require a human being with special intellectual skills, and while our algorithmic cousins are far from perfect, they are evolving rapidly and they are here to stay. As a result, we are in the process of being freed from the limitations of our brain capacities, and potentially this could be as important for human society as the invention of the steam engine.

Second of all, Desktop Manufacturing, or what’s better known as “3D printing” is about to become mature enough to start reaching the many in this decade. In a recent article in Wired Magazine, the editor-in-chief Chris Anderson talks about 3D printer manufacturer MakerBot’s latest product and calls it the “Macintosh moment” of desktop manufacturing. “Just as nearly 30 years ago Apple made desktop publishing mainstream, the aim with the Replicator 2 is to take something new to the masses: desktop manufacturing.”

This means you can print solid objects at home in the same way that any ordinary printer works. Need a replacement lid to that lunch box? Print one. Did a light switch just break? Print a replacement one and avoid paying for a whole new set. If you’re a brand that can’t afford to have all spare parts in stock and therefor can’t offer immediate replacements to your customers, allowing them to print their own for a certain charge will be a win-win solution. One brand that has already realised this is synthesizer manufacturer Teenage Engineering.

So far the technology has been too expensive for ordinary people, but just like with laser printers, ink jets, CD/DVD burners and other related technology before it, prices will drop in union with rapidly improving quality. With time, this will lead to widespread adoption. As a result, some industries will tumble and others will rise on top of their ruins.

It’s easy to think that due to these developments humans will be made redundant but that misses the point. We’re potentially, once again, just like during the industrial revolution, about to leverage new technologies to set us off on the next great wave of economic and social improvement. Predicting the future is difficult, but this development fits right in there at that magical intersection of what we want and what is now technically possible.

Stellan Björnesjö
Online Strategist at Zooma since 2012. 15+ years of experience as a manager, business developer and specialist within online and e-commerce.
Keep me updated!
Subscribe