Blog title: Varied content is a vital part of digitalisation 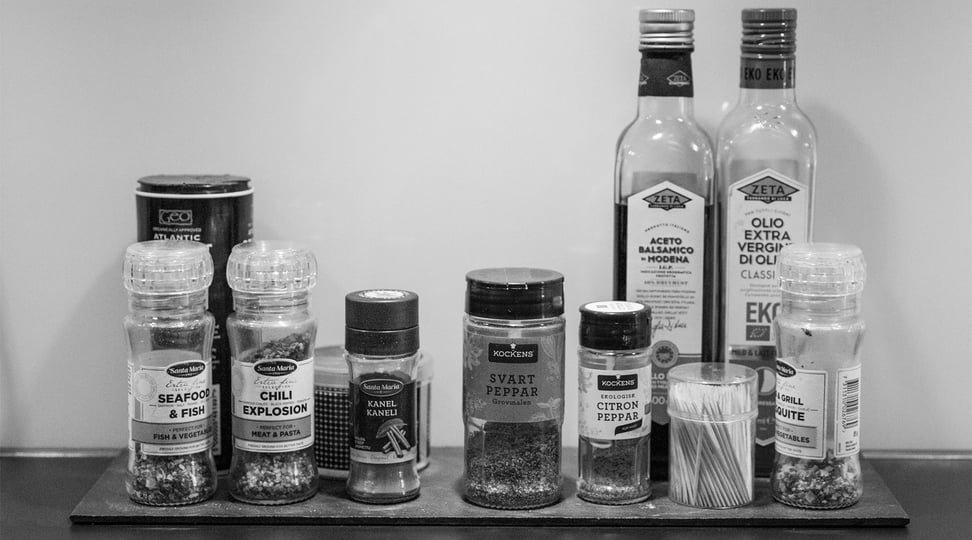 Working with digitalisation, the possibilities of creating content is enormous. One of the things we've learned during our education is the importance of offering a varied range of content. We have released articles in the shape of writing and video, and this week we are a part of a pod episode in Zoomas' Onlinification Pod.

During our chat, our mentor Doug interviewed us about our time at Zooma.

To write down thoughts and reflections is one thing, but to discuss them in a video or a pod is something else. You can't sit down in quiet and think about how you should formulate your thoughts. Participating in the pod was an excellent possibility for us to practise English and discuss and provide our reflections. Hopefully, we will get the opportunity to join the pod again.

Thank you for listening to us, and we wish you a lovely week!

Remember to subscribe to The Internship Hub to ensure you won't miss anything on our Zooma journey. And if you want to subscribe to The Onlinification Pod, you can find it on the podcast platform of your choice with the links below. We also have a transcription of this episode in case you're in a rush.

Doug Bolton: Welcome to The Onlinification Pod, Gina and Sofia!

DB: Have you ever been in a podcast before either of you?

GV: No, no, this is the first time, so a little bit nervous, but I think it will be fine.

DB: It'll be fine, it'll be fine. So for people who don't know who are listening, you're currently our interns, at Zooma, and I think you're maybe about halfway through, not quite halfway through. And you're both students studying marketing automation, but maybe you could introduce yourselves a little bit, so I don't have to.

GV: Yeah, sure. I can start. My name is Gina, and me and Sofia are classmates. We are studying marketing automation and our education is remote, so we are used to studying and making our work on distance. And yeah, I live in Kungälv, a bit outside of Gothenburg and we are doing our last term right now, actually. So we will be finished in the summer, and that education is for two years.

SH: Yeah. My name is Sofia, like Gina said, we're classmates and I also live in Kungälv. We're saying the same things here!

DB: Yeah, it's tricky doing an introduction to people when you both study the exact same thing.

GV: Yeah, it feels like we were the same person sometimes here.

DB: And I should also say, because the idea of this episode was hopefully to give a bit of information to people who might want to be interns at Zooma in the future. And I should say that you can be an intern even if you don't live in Kungälv. We accept people from other parts of the country as well, so just to get out of the way.

GV: But it's a big plus, if you live in Kungälv.

DB: Is yeah, yeah, yeah, you don't have to be from Kungälv to work here, but it helps. So, yeah, again, just to, I guess if there's anyone listening who is studying a similar thing, maybe be even the same course, And thinks it would be good to do an internship at Zooma, maybe you can give a bit of information about what you've been working on, because I've been an intern in the past and sometimes you get like, it's often quite a big range of different tasks that you get given, so so what have you guys been up to?

GV: Yeah, we are involved in several projects at the same time, actually, so that's very fun. We are studying marketing automation, but we do other stuff as well. So we get a pretty broad picture from the whole marketing side, I think. And yeah, one one thing we do daily is that we work in HubSpot, the CRM system and we clean the database and we create emails, and that's where we create campaigns. And also we do, we have like HubSpot days. So every Tuesday we do certifications because HubSpot Academy has several courses, that are great actually.

DB: There was quite a lot of projects, and I think that was something that me and Anders thought maybe we would do differently last time, because when you guys started, we had a meeting where we presented like a long list of like 15 things that we wanted you to do, and it was maybe a bit too much just to start with.

SH: Yes and no. It was very funny projects, we had a hard time choosing which one we were going to start with.

GV: Yeah. Yeah. I think we were almost a bit terrified at first when we get all the projects served. But it's, you know, you guys were very clear about that we get to choose the projects and like, lead them for our own. So it felt good in that way. It was not like, here we have 15 projects and you have to end them all in the end of February or something. So, yeah, it was pros and cons, I guess.

DB: And obviously, you're used to working remotely, you study a distance course. But how has that been? Because I mean, I guess it's one thing to like study remotely, but when it comes to actually doing work and trying to learn stuff at the same time, has that been OK?

GV: Yeah, that was one of the things I was pretty nervous about before we started this internship because as you say, it's one thing to study something on distance and it's one thing to learn the practical parts on distance. So, yeah, I've thought about that sometimes how that would be working because my last internship I did in a physical office, but it has been working really good actually, because with the Zoom meetings and sharing screens and everything, how the digitalisation is upgraded today, it's not a big such a big difference from if I would be in a physical office.

SH: Yeah, I have been on remote before, in my last internship, so it's not that difficult for me. I see the good parts and the bad parts.

DB: But the office is open at least. So you do have the chance.

GV: Yeah, yeah, yeah. But also with Slack and emails and everything today, it's very easy and very quick to ask questions and get answers.

DB: So now that you've been here for, how long is it even, a month or a month and a half?

GV: It's more than a month. Five weeks now, I think?

DB: Yeah. So. For the interns, who will be coming after you. We have some new people joining in just a few weeks, but I mean, even, you know, further on in the future, is there any kind of tips that you can give to them that maybe would, I don't know, make things go a bit smoother or prepare them a bit better for starting here?

GV: Yeah, I can I can think of one thing, me and Sofia, we have been working in HubSpot, as we talked about before, the CRM system, as you use as well. We have been working in that system a little bit in school, so we knew like the basics of the system before we started at Zooma. And I think if someone would start at Zooma and had not been working or know anything about HubSpot, my tips would be to learn a little bit about the basics, at least because then it goes much quicker to get into the whole work system and get everything.

DB: And before you started, I guess you must have had some expectations of what it would be like, had it been like you expected because, I mean, on our website, we don't, you know, there's a lot of stuff about what we do and kind of projects we work on and stuff, but there's not really that much there on, I guess what it's like just day to day working. Has it been very different to what you thought?

SH: So I don't think I had that kind of expectations. I just wanted to work and see what you're doing. So my arms were open, or whatever you say.

GV: Yeah, I think I agree with Sofia, because we are still new in this, so I felt I didn't have so much expectations in how we were supposed to work or what tasks we would get or anything.

SH: Yeah, when Anders said you're going to everything, that was one thing I was interested in - what is everything?

GV: Yeah, I'm very glad that our projects are very different in one way from each other. They go hand in hand and they are about marketing and automation. But it's pretty broad. So it feels like we are learning so much. Not only this one part, we are learning more parts.

DB: Yeah, I think that's. That's good, you know, from our perspective, because, I mean, when you work with automation, obviously, you need to know about how automation works, but there's a lot of skills you need in content and CRM and all the rest of it as well.

SH: I'm looking forward to the book campaign, see what we're going to do. The high point right now, I think everything is so, I'm glad to wake up in the morning to know that I'm going to work with something new and interesting. You don't do the same thing over and over again, there's always something new.

GV: Oh, yeah, and for me, it's all the project, actually, that we are able to choose our projects on our own and to lead them and to design. We have so we are so free in what we want to do. So it's not like we are forced to do something. This day and this day, and this time it's very free.

DB: You're not just making coffee all the time then?

GV: No, definitely not.

DB: I mean, that would be hard when we're working at home.

SH: You need to love coffee!

DB: Well, great, thank you very much for joining us.

Oh no! Could not find any posts that were tagged with “internship-report”!