“A photo never lies”—that’s what my grandmother used to say to me. Of course, she neither predicted nor lived in today’s digital society, where everyone walks around with a digital camera in their pocket.

Never before has it been easier to create imagery, and we’re constantly bombarded with imagery, especially on social media. According to Reuters, 95 million Instagram photos and videos were made daily in 2016 – today, that number is probably much higher. 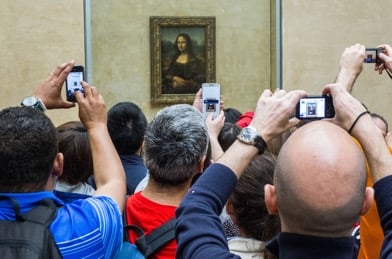 In turn, the amount of content has opened up new frontiers and opportunities. I’m sure you have heard about “deepfake”—AI that creates fake videos. The most famous one is from computer scientists at the University of Washington from 2017 “Lip-syncing Obama: New tool turns audio clips into realistic video”. The research team had a neural net that analysed millions of videos to determine how elements of Barack Obama’s face moved as he spoke. It could then learn which mouth shapes were linked to various sounds. In one day they had a digital model with which they could make him say anything they wanted.

Here is another more recent deepfake example from 2018 by the film director & comedian Jordan Peele and BuzzFeed using a combination of old and new technology: Adobe After Effects and the FakeApp AI tool. With facial ventriloquism, Peele took control of Barack Obama’s face and let him call President Donald Trump “a total and complete dipshit.”

As an imagery producer, it's never been easier to be so creative. The multitude of tools available for me to be creative is staggering. Virtually anything is possible. We can use CGI (Computer Generated Imagery) to put products into photos and present products that don’t even exist yet. Or photos into CGI to enhance realism and much more. For example, at IKEA (as of 2014) almost 75% of the products were created on the computer, that is over 25,000 3D models according to CGSociety. Only your imagination is the limitation.

So, in this world, where anything is possible, and we’re being fed more and more, are we getting numb? Does that fact that we can’t judge if something is real or fake make it lose value? Does it make imagery less important?

No! In fact, imagery has never been as important as now. But the narrative has changed, and I see it daily with our clients.

Clients want their images to speak the truth, to be honest, and real.

And not because they feel morally obliged to do so. No, it’s brand value.

They know that sooner or later they will get the question:

Of course, the reality is never as shiny, beautiful, or intuitive as we want it so we’ll often have to make changes regarding those areas.

Since we’re much more aware of the possibilities today, we’re judging imagery differently. If what you’re telling me here is fake, what else is also fake? But, if you as a brand make sure that we’re trying hard to show this as real as possible, then my trust in you will be higher.

In a way, reality has become valuable again. Before we just wanted to dream away, and today we’re reaching out and grasping for anything that has real meaningful value.

So, if my grandmother lived today, she would have told me: “Make the image never lie.”

Thanks for showing interest and if you want to be notified when new articles are published, make sure that you subscribe to The Onlinification Blog.

Joel Hernestål
Joel is a CGI/Motion-Artist who loves to be creative and tell stories through imagery.
Content creation
Keep me updated!
Subscribe