The 'secret' ingredients in Apple's recipe for success 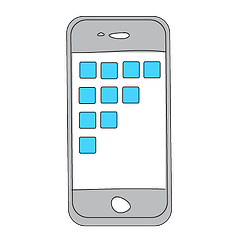 We all know why Apple is so successful right? They make great products and great software because they understand user behaviour, wants and needs better than anyone else. They have created the iTunes and App Store ecosystems from which few want to switch once they buy in. And then there is the brand, famous for all the right reasons ever since the 1984 Macintosh campaign. Surely there can’t be any other components that are key to Apple’s success?

When Steve Jobs returned to Apple back in 1997 after 11 years in exile the company was struggling (some say it was close to bankruptcy). The product portfolio was weak and the brand had taken a hit from the launch of the Mac ”clones”, which undercut Apple on price and made it compete with its own OS. Fixing this was clearly a priority, and shortly after his return Steve stopped the clones, fired the board of directors, and laid out his plans for changes within product and marketing efforts in a now legendary keynote address at the Macworld Expo in Boston (if you haven’t seen this keynote, do so!).

However, in addition to these changes, there was just ”one more thing”, one much less talked about at the time, but one that turned out to be very important indeed; gaining back control over the customer relationship and experience. Herein lays the hidden secret to Apples phenomenal success today.

The first piece of the puzzle was fixing Apple’s retail strategy. Steve realised that it was impossible to control the customer experience and the level of knowledge about Apple’s products at the big box retailers. Building Apple’s own stores became the natural way forward, and Apple went about developing a store experience different from anything else seen in the consumer electronics business, all geared towards “not to sell, but rather to help customers solve problems” as this article in the Wall Street Journal points out.

The second piece of the puzzle was the ecosystem approach. With the launch of the iTunes music store in January 2001 and with the iPod in October that same year, all of a sudden Apple was in a position to control not only the hardware and software distribution experience, but also a major part of the content distribution. The seamlessly integrated experience also shredded the line between product and service and made Apple build even stronger bonds with its customers at the expense of other music stores.

This strategy was continued with the launch of the iPhone and the App Store shortly after. With this, the efforts made by phone carriers to sell ringtones, maps and other services to consumers via online stores were all of a sudden bypassed by Apple which once again took control of the customer relationship in favour of its ecosystem. The result of this development was visible in a recent Norwegian study where only 13% of respondents with smartphones said they were most loyal to their carrier compared to 61% for people who owned traditional (nine-grid) phones. Instead people are loyal to their phone (38%), their content (apps, 33%) and their operating system platform (15%).

On the surface, it might seem that it’s the products themselves, the software, the stores or the services that have made Apple so successful. However, at the heart of everything lays the notion of superior control over the customer relationship and the customer experience.

If you want to know how your industry could learn from Apple's approach, you can contact Zooma to start the discussion.

Learn about what Apple's iOS 15 release means for marketers.

Stellan Björnesjö
Online Strategist at Zooma since 2012. 15+ years of experience as a manager, business developer and specialist within online and e-commerce.
Business strategy
Keep me updated!
Subscribe